Construction Sector Indices of Turkey Are Getting Worse

Construction sector indexes for 2017 were announced. The resulting figures appear in the statistics made about Turkey construction sector, confronts us with negative news lately. Construction employment index decreased by 7.9 percent within one year. The current rate is 70.3. The statements made by the Turkey Statistical Institute.  Results showed that the most of the indices are decreasing.  Sector officials are expected to produce solutions to the negative figures as soon as possible. The construction sector has a very big importance for Turkey’s economy. It is the one of the profitable sectors in the country and investments are generally high. 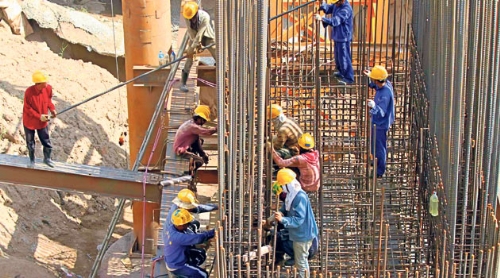 According to the statistics obtained, the calendar effect-free employment index decreased by 7.9 percent. Seasonally and calendar-adjusted construction employment index decreased by 1.2 percent and fell to 66.8 percent. Statistics were made by comparing the third quarter of last year with the third quarter of this year. These figures, which were evaluated within a year, reemphasized the important problems that had to be solved in the sector.

In 2017, the hourly working hours index in the calendar-free construction sector declined by 5.8 percent compared to 2016 and it became 65.5. The hours worked in the construction sector, which is free of seasonal and calendar effects, decreased by 2.1 percent to 62.