Construction continues at a fast pace, Istanbul's 3rd Airport continues to find the space in the German media. The famous German magazine Der Spiegel wrote that the construction of the mega airport continued with the uninterrupted work. 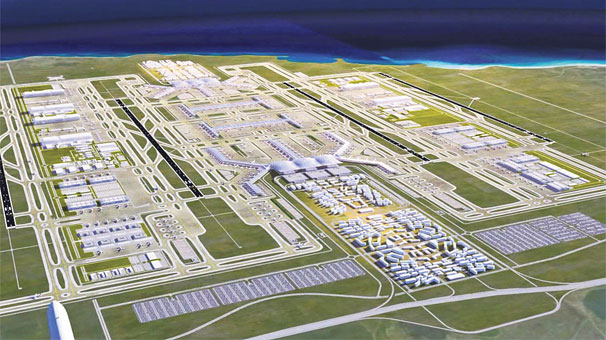 When it was completed, the gigantic airport construction that would carry Turkey to the center of the world continued at a rapid pace on the basis of uninterrupted 24-hour work, and the famous magazine published in Germany was news.
The German magazine underlined the fact that the construction work continued uninterrupted in the 3rd airport.
The German magazine, which attracted attention from the big competition between Turkish Airlines and Lufthansa, underlined that the construction at the 3rd Airport continued at a rapid pace, adding that more than 90 million passengers will be served together with the completion of the mega airport.
With the main terminal building, the tower and the completion of the runway complete, the panic breezes began to air in a number of countries other than most airline companies. Germany is at the head of these countries. The uninterrupted work for the mega airport of Istanbul, which is planned to be completed before the Frankfurt airport which is still not completed, continues in the form of 3 shifts.
Istanbul 3rd Airport, which was planned to land on the first flight as of February 2018, will be the new launching point of Turkish Airlines. There are news that the official ceremony will be held on October 29, 2018.