Something is happening to Cengelkoy

Be advertise luxurious sites with park views or nature views or close to the fitness center. The Üsküdar Municipality which be pupil of the eye of Istanbul signed a scandal that opened the sale of the four park areas by tender. One of the four green parks is in Küçüksu and the other three are located in the Cengelkoy district of Istanbul.

It is known that district has a high price in the real estate market with its natural texture and the reasons for its shores. In the upper sections, luxurious sites are changing every day like mushrooms. 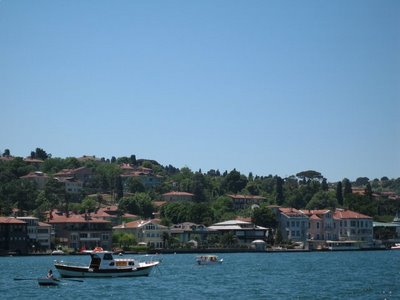 Firstly, unique nature and the green park areas are transformed into the residential area with the change of the zoning which made in Cengelkoy which is one of the most valuable districts of Istanbul. Then Üsküdar Municipality’s Directorate of Real Estate and Expropriation decided to sell by saying 'with the aim of contributing to the municipal budget'. The order came to be sold through auction. The curious thing about the parks in Cengelkoy is what will happen in the days ahead ...

Even though the CHP members of the Assembly use the rejection vote, In the direction of the decision taken with the majority of the votes, these areas are offered to sell and presented on the agenda.

The Uskudar Municipality Directorate of Real Estate and Expropriation requested to authorize the council the Municipal Assembly’s to hold the tender at the beginning of May. The demand was accepted by all means.