Within the context of the "Transformation Movement of Smart Cities", studies were started in Kayseri from the three cities planned to be transformed into "smart cities" until 2023.

Erdem Akcıl, Chairman of the Public Technology Platform (KTP), stated that they have been working on smart cities for 3 years as a platform and they said that these projects are prepared with security, saving and technological facilities that facilitate daily life.

Akcıl stated that until 2023, Sakarya, Gaziantep and Kayseri will be turned into a smart city within the context of "Transformation Movements in Smart City", he said that the workings were started in Kayseri in the first stage. He said that the project aimed to improve the traffic problems by 25 percent. Akcil explained that intelligent intersections and vehicle numbers will be determined by establishing a business association between the institutions, and the duration of the traffic lights with the sensors will be adjusted. Emergency vehicles such as ambulances and firefighters will be monitored by GPS to provide transit superiority, Akcıl, integrated with the transportation of bicycles will be provided in the project, noted that the establishment of smart bike stops. Akcıl stated that the project included many sub-details such as standardization of transportation cards by merging transportation cards, advance notice of bus driver from disabled or elderly passengers with smart stops.

"We will Make Life Easier with Projects Related to Transportation"

Explaining that the cities that will be established in Turkey are aiming to be able to compete with the smart cities in the world, Akcıl noted that many places in the world such as London, Barcelona, Amsterdam and New York, which are known as intelligent cities, benefit from health, security and environment. 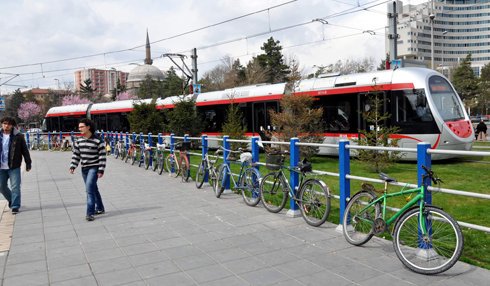 Emphasizing that the delegations and speakers from Italy, Poland, USA and Qatar will be in consultation with 45 local government representatives, Mr. Akcil said, "Philip Bane, the CEO of the Smart City Council, considered the most important urban authority in the world, smart cities in the world will tell their practices. " said.