Established in Bornova in 1968 by Güngör Çolakoğlu's initiatives, Süsler Construction continues its work in the same region. Hasan Çolakoğlu, who owns the firm, who is the father of the first multi-storey building in Bornova, is working with his two sons who are studying architecture and interior architecture besides his brother. Recalling that they had built about 2 thousand houses in Bornova, Hasan Çolakoğlu stated that they are continuing the construction of a project consisting of 2 blocs 70 dairies in Mevlana just behind the Bornova Anatolian High School.

Çolakoğlu stated that the blocks consisting of 55 square meters 1 + 1 and 85 square meters 2 + 1 blocks will start to be built in October 2015. Çolakoğlu said that the project, which is considered as first class construction with the quality of workmanship and materials, will be delivered to its owners in October 2017. Hasan Çolakoğlu emphasized that 9 of the apartments have been sold yet, "Our prices are 250 thousand for 1 + 1s and 320 thousand liras for 2 + 1.

Hasan Çolakoğlu stated that they have not compromised in quality and have been working with the same masters, architects and engineers for many years and said that "It is very difficult to find the land and the new places should be opened." Çolakoğlu noted that the ideal size is 2 + 1 in Izmir, The buildings are good, but I do not think it is right to build such an office, so an island-based solution should be produced to get the output in urban transformation. " Hasan Çolakoğlu, the locations of development in the construction of the Bayraklı, Urla and Çiğli ordered. 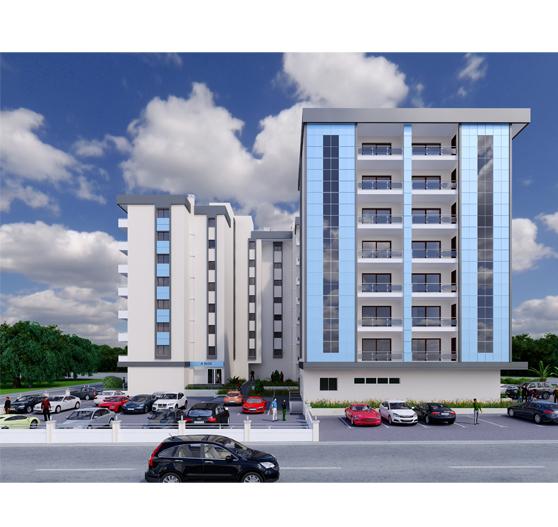